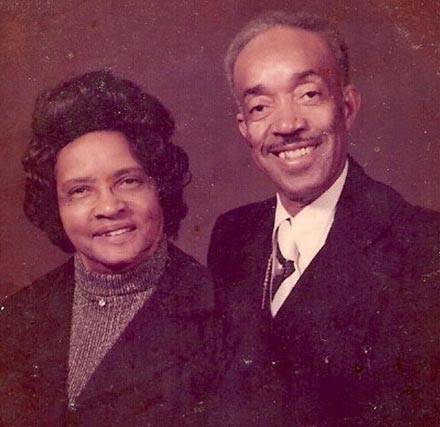 Valley Brook Outreach Baptist Church was founded in 1987. During that time, the late Rev. A.B. Sherman and his wife, the late Mother Elizabeth Sherman, his son-in-law, Dea. William R. Johnson, Jr., and his daughter, Mother Sadie Johnson all simultaneously sensed a calling from God, upon their lives to organize a church. The year of 1987 was a time of economic recession and it was thought foolish by many to initialize anything new during that period. In addition, Pastor Sherman was 73 years old, considered "too old" to start anything new and Dea. & Mother Johnson were established in ministry at another church. But, God has consistently proven through this ministry that "He uses the foolish things of the world to confound the wise."

Rev. Sherman was truly a man with his roots planted by the deep waters. He was born June 11, 1914 and called home June 15, 2004. Rev. Sherman also founded Rock of Ages Baptist Church and rebuilt Snow Hill Baptist Church. Many souls were saved, rededicated, delivered and many preachers were licensed under his ministry. Rev. Sherman believe that prayer is the key to the Kingdom & Faith unlocks the door. He was married to the 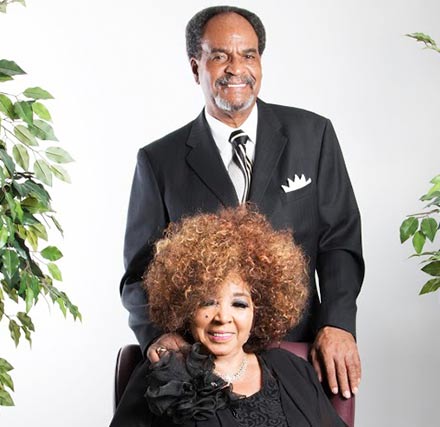 late Mother Elizabeth Carter Sherman for 63 years. Mother Sherman was truly a helpmeet for Rev. Sherman, as she had the spiritual gifts of helps & hospitality and a spirit of entrepreneurship, which made people feel welcome & loved, while ensuring the church had funds for outreach efforts Through their union they have eleven children - seven girls and four boys; forty-two grandchildren; thirty-eight great-grandchildren; and
seven great great grandchildren. God called her home August of 1999. We do thank God for the precious memories and the blessings they were in all our lives.


Dea. William Johnson and Mother Sadie Johnson are a powerful, spiritual couple whose roots are deep in the word of God. Throughout their years in this ministry, they have maintained the administration, finances, music ministry, been mentors, teachers, prayer partners and to date, they facilitate our outreach of feeding the hungry through the Woodmont United Care Food Bank. Through their union were born, Min. Darlene McCoy & Pastor Curtis L. Johnson, five grandchildren and one great grandchild. Dea. & Mother Johnson's unfailing faithful prayers and support are a blessing to our ministry.